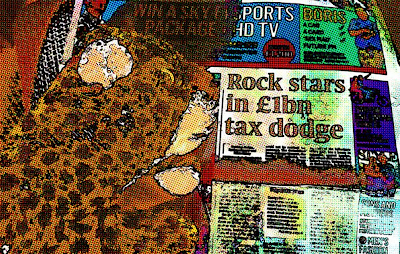 Gawd save us had a bit o f a relapse apparently things got  on top of me, |I went onff on one something about Toffs running the asylum.

Increased meds jumbled up things said nurse
Been drowsy for a day or two, its monday Newspapers     can't seem to get em not easy anyway I got yesterdays  times I coujld     I asked if I could hav the News of the World     just got blanked   never get tired of the sleasy side of fame, always wonder why celebs and that make it so easy for the "News of the Screws"

Rock Stars not paying stamp duty.  What are they like, you expect bankers an that to avoid tax, but rocks stars, I shall see them in a different light next time  we endure all those right on sanctimonious demands to give to charity, I can understand Mick Jagger avoiding tax  last time he paid tax I think Harold Wilson was at no10, but bob geldof poverty campaigner dear oh dear 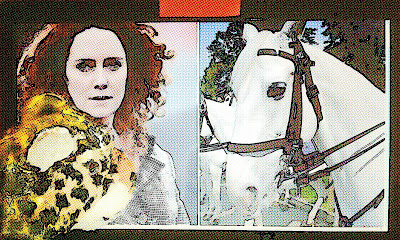 I hav been out of it 3 years I'm coming to terms, but nothinng has pre paired me 4 this, the govenment is run by Conservative helped by Liberals WHAT? I no ive bean nocked about a bit but what and this morning I hear police are arresting journolists - even Mrs Thatcher didnt stoop that low blimey!


Ive bbeen comming to for a few weeks, I don't really need a doc to tell me im in a bad place, then nurse flashed an ex ray in front of me today, all the stuffings been nocked out o me.

Due to injuries my cerebral functions are cocked up, I may make improvements or not also any improvements could be nocked bac by age related doolally ness

The prognosis is not good, in the meantime, I need sleep

Last time I get a taxi home! I'll drive myself next time! Lucky to be !

Anyway to today is the first of day of the rest ov your life.

Ive lost eveythinng, cant recall a thing, all ive got is this blog an a name. Bob, Im told it will be a while b4 i get back to normal. fizzy o fur ripy Ive got a telly Rest I have to rest now
Posted by One Eyed Bob at 16:30 No comments:

Shadows movin about in the dark
coughing
Hushed voices made more so
by a moan
alone daylight but people moving about.
Papers Sunday its the papers a cuppa

Told its Sunday, I'm confused, Luky lucky to be
I ha\ve to wait someone will explain,
Tuesday I think
Posted by One Eyed Bob at 23:20 No comments:

One Eyed Bob
I'm in a institution, not clear how I got here, all I have is a name and this blog please email me oneyedbob(put that squiggly thing here)gmail.com

TAKE A GANDER AT THIS